To be honest, I had forgot just what the traffic was like on a Friday afternoon, but seeing as I was on two wheels as opposed to three, I just happily made my way past all the cars.  It didn't take long to cover the 32 miles to the rally site, and by early evening I was happily tucking into chicken balti in the pub. . . .and for me, that summed up Friday evening.

Saturday morning saw most folks heading into Bridgnorth on the steam train, which is the reason quite a few folks keep coming back to our rally.  I mean, who doesn't like steam trains ?   As much as I'd like to have joined the others, this 'ere leg injury means that walking from the station to the town, and then walking from pub to pub, and then walking back to catch the train, is out of the question. . .so I did what is all to familiar to me these days . . I rode the bike back home.  At least I could do *something* before riding back to the rally site - besides, I happen to like riding my motorcycle.  OK, the sun was shining but it was rather chilly out there, so I was glad to get back to the pub and tuck into something tasty before spending the rest of the evening talking bollocks with friends.

Sunday saw me heading in the opposite direction to home.  Why ?   Well it was the classic bike show over at Wistanstow.  Normally our rally is held the week before this event, but it seems we now have changed to the third weekend in March.  This move seems to be favoured by most folks as it means the Severn Valley Railway now start their Summer timetable so the first train into town is a good hour earlier and the last train back is a couple of hours later . . . more time for drinking ( or so they tell me ).

The Wistanstow show was very well attended - to the point where they were sending bikes to alternative parking areas.  Once again, although the sun was out, it was still chilly.  Saying that, it wasn't too cold to prevent me from coming home the scenic way.

Considering the rally site is only 32 miles from home, I managed to clock up just over 200 miles over the weekend . . . . .and that'll do for me.

A video of the weekend can be found HERE. 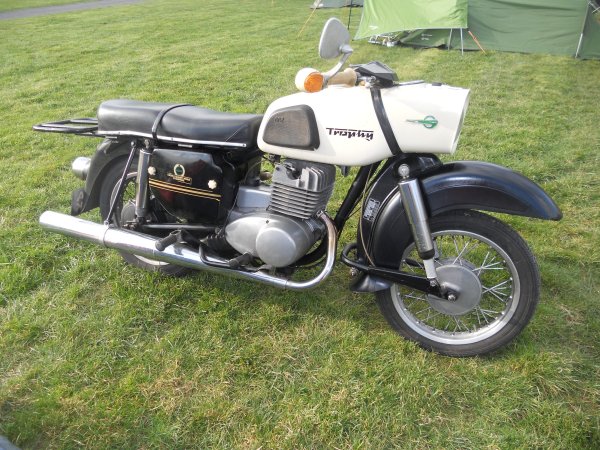 This wonderful MZ Trophy seems to have won best bike. 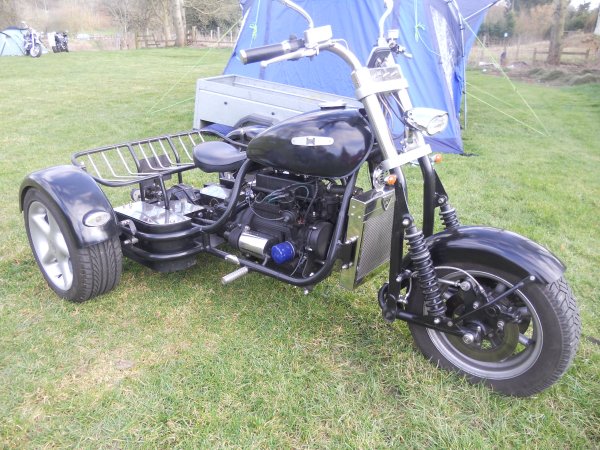 This rather jolly machine was best trike. 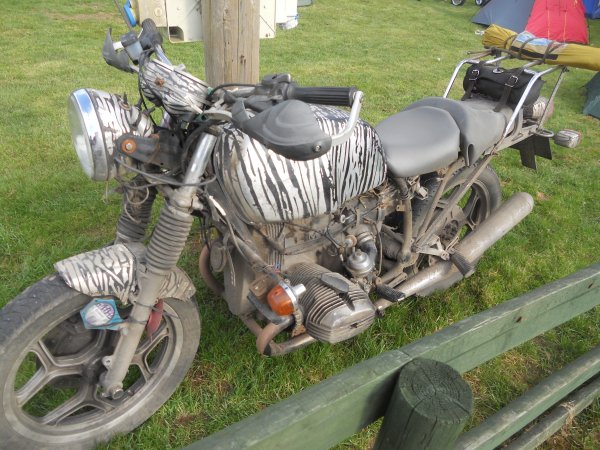 I would imagine this is the machine that took rat bike.