Right - here we go again.  You'd have thought that by now we would have the hang of this 'ere rally game . . .but no . . . it still took half a dozen of us the best part of an hour to get the control tent up.   Well at least it was a nice, pleasant sort of an afternoon, so once the tent was up, we had a sit down in the sunshine. 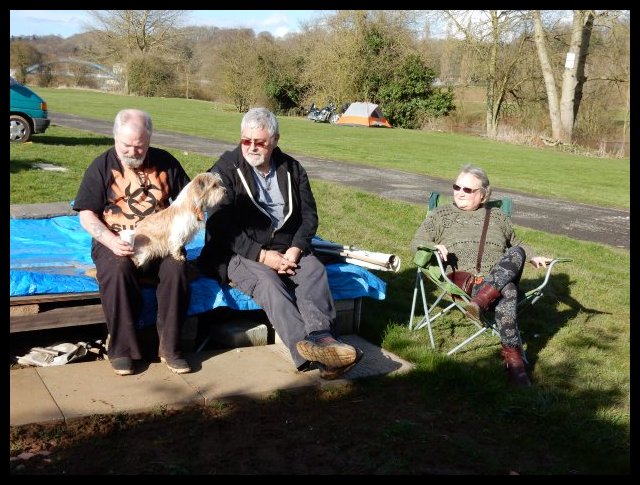 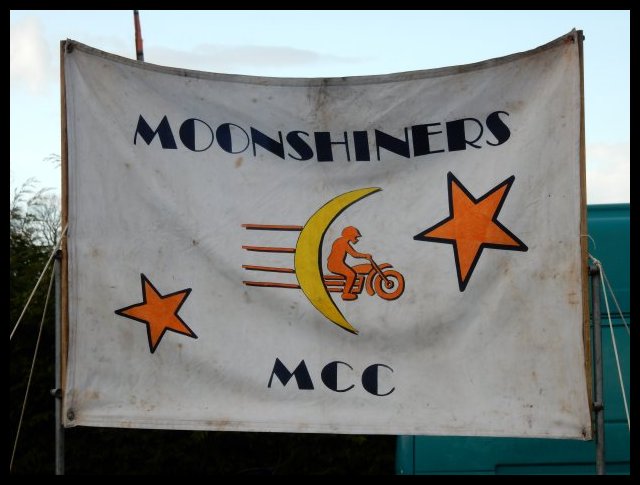 The rest of Friday passed in a pleasant sort of a way.  Folks arriving and setting up, people heading to the pub for dinner.  In fact, things were going very well indeed, which is never a good sign as far as the Moonshiners are concerned.   The fellow we had booked for Friday night said he couldn't make it, and Saturday night's entertainment had to cancel due to medical problems. . . .  and just to make it even better, the weather forecast for the weekend was not what we wanted to hear.  "Very cold, with a good chance of snow and ice"   Ah well, let's make the best of it eh ? 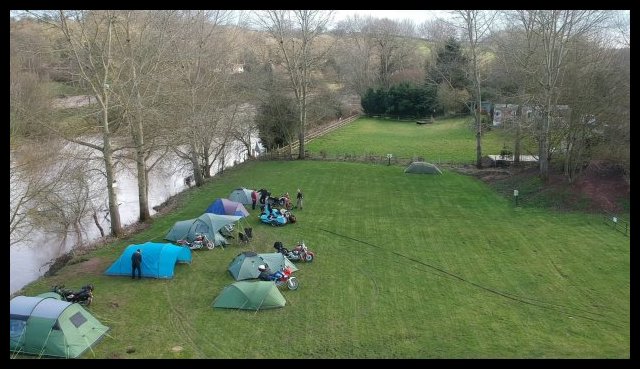 The field is filling up nicely now.

Once again, we managed to get the weekend of the Severn Valley Railway's   "Spring Steam Gala"  which is good 'cos it means there is an earlier train into Bridgnorth, and more importantly, there is a later train back.  This means that the folks who like to frequent the pubs of Bridgnorth have more time to do so. 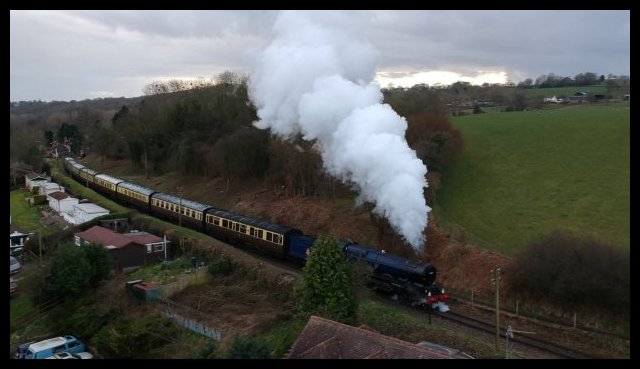 Something big and steaming,  . ..  and full of bikers.

Now we come to the interesting bit.   Remember what I said about the weather forecast earlier ?   Well by the time folks were coming back on the train, it had started snowing, and the temperature had gone down to around minus two degrees.  Just what you need when camping . . . still, it was nice and warm in the pub.

Sunday morning and things didn't look good at all.  There was a good four inches or more of snow.  Some folks packed away and decided to brave the snow.  The hill up past the station was rather dodgy in places.  Some of us decided to stay another night, 'cos the forecast for Monday was for much milder weather. 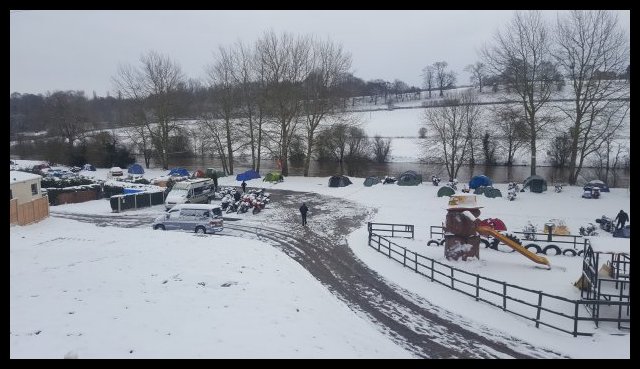 You can see why some folks opted to stay another night.

There we have it.  Not much of a rally report, mainly 'cos most of the weekend was spent indoors away from the cold.  I suppose it makes a change getting "snowed in" during March.  The snow also put paid to the show up at Wistanstow which I normally visit on the way home from our rally.   Here's hoping next year will be a tad warmer.

A video / slideshow can be found HERE.