Well it seems the dreaded plague has abated enough for motorcycle rallies to take place once more.    Our rally ( Moonshiners MCC ) was just about the last event that took place before lockdown at the end of March last year.  That's about 18 months since my last rally.  Right - time to blow the cobwebs off the Dog Kennel and see about putting things to rights.

The weather, for the time of year, was rather mild, and more importantly, dry.  I loaded up, then took a leisurely 35 mile or so ride down to the rally site.   It was very much a "feel good" moment to see faces that's I'd not seen for a good while.  The site was flat, grassy and nicely soft enough to make inserting tent pegs a pleasure. 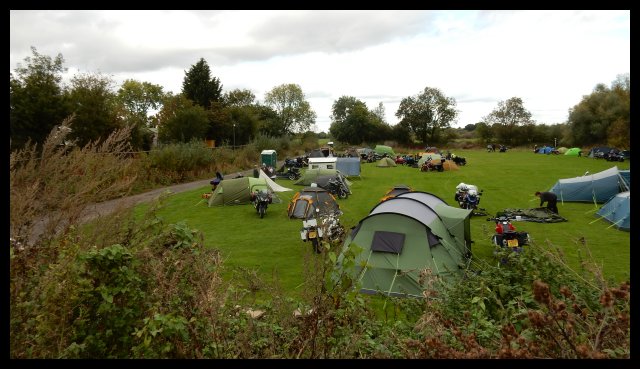 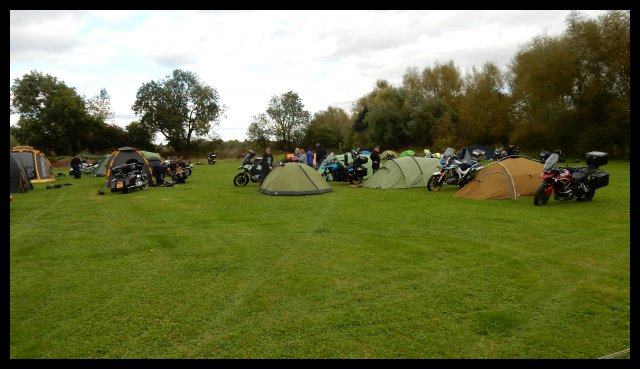 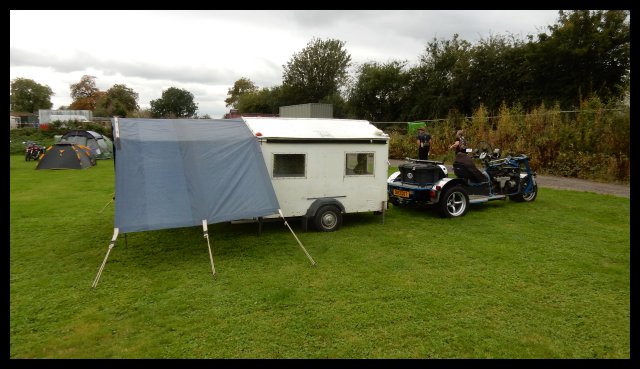 Having got myself settled in, it was time to go in search of something to eat and drink.  As well as decent pub meals, there was the option of hot dogs / beef burgers being sold outside.  I opted for the burger with cheese and onion - and very good it was too.   Next came drink.  Once again there was a good choice of "real ales" these again were available from either in the bar or from the outside bar.  I alternated between Wye Valley "HPA"  and Theakstons "Black Sheep".

The atmosphere was laid back - I mean really laid back.  Folks just seemed glad to be able to get out and do what they enjoy doing.  OK - so there was no band booked for this rally - but that didn't seem to make any difference.  For those who wanted to talk, there was plenty of room in the "quieter" sections of the bar, and besides, it was mild enough to sit outside talking.

I noticed a few folks had got stainless steel tankards that had been made by Gordon Payton - I wonder just how many of these he made, and who still uses them ?  I can't remember when I got mine - I know Gordon made it for my birthday . . . . and I'm betting it was more than 20 years ago.   Come to think of it, Gordon made it before he worked with me, so that would put it before 1998.  Time does indeed fly. 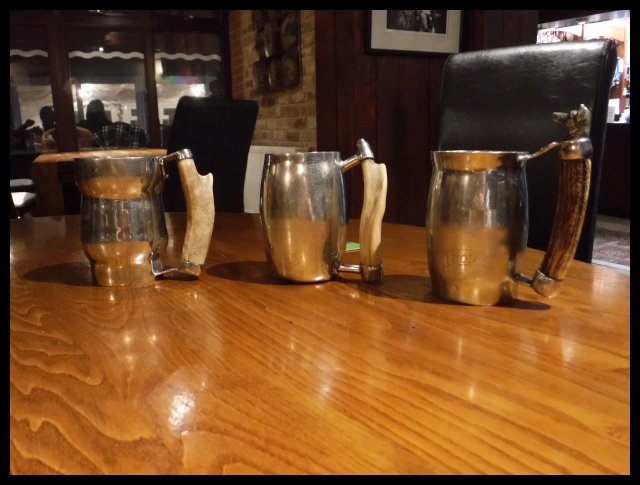 Come Saturday morning, DOT was a bit sluggish to start.  Not wanting to get caught out, I decided I'd best get a new battery.  The current one has been on for just over five years so it doesn't really owe me anything.  One new battery later and I thought the best way to charge it up would be to go for a bit of a ride out - so most of the day was spent taking in the countryside and generally enjoying myself.

I got back to the rally site just as it was getting dark, and once more I opted for the burger - tonight's choice of ale was "Tribute" from the St. Austell brewery, which went down very well, almost too well in fact.   Saturday night is also raffle time - and would you believe it - mine was the first ticked drawn out.  Now seeing as I couldn't find my usual "camping torch", which I suspect has been rolled up with the tent last time I used it, I decided a torch would be a useful raffle prize.  The rest of the evening went as all good rally evenings should . . . beer . . . music . . .friends.

Sunday morning dawned dull and a tad moist.  It had rained during the night and had only just about stopped by the time I was packing up.  Still, I can always dry things out after I get back home.  By around eleven o'clock-ish I'd packed up.  I said my farewells and thanks to the various members of the Toads and Dogends that I bumped into, then headed back for the boring M5 journey back home.  .  .  . Or at least that was the plan.  The overhead display on the motorway said the M5 is closed between J3 and J2 - great - I need J1.   Not to be put off, I exited the motorway at the next junction and took the more scenic route along the A449.  It seems some poor fellow had jumped from the bridge between J2 and J3 Northbound.

I got back home, unhitched the Dog Kennel, then swapped DOT for my BSA A65 and headed back out to the steam pumping station at Mill Meece.   The damp weather had now changed into pleasant sunshine.  I spent a while looking at the various machines on display at Mill Meece, then remembering that I hadn't had any breakfast, I headed for "Greasy Lil's" café on the A5.   Well it's the "Roadking Truck Stop" now, and before that it was "The Hollies", but folks have always called it Greasy Lil's.   So that just about wraps up what was a cracking weekend - back to doing rallies - riding motorcycles - drinking beer - eating bacon, egg and chips. . . . which is always good in my book.

A short video can be seen HERE. 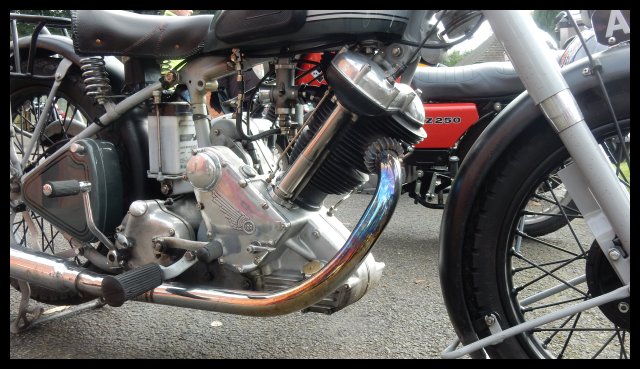